Since the announcement that Steven Defour was signing with our ancestral enemy at the beginning of august, the 25/01 was written down in every diary.

A quick come back is needed.  Steven Defour has been playing for us for 5 years. He was an emblematic captain and the youngest ever of our club. He personified the kind of players we like in Liège. During that period, we won two championships in a row after a long wait of 25 years. He came to our local and our terrace. He swore he would never to go to Anderlecht. We also dedicated him and Axel Witsel a tifo. ….. .

His treason was therefore inexcusable, and we decided to receive him back with an explicit tifo: “you were a hero, you don’t exist anymore to us”.

As too often, the mass media understood it literally and turned it into a disgusting emotional misinformation. This is crazy how their indignation is selective.

Aren’t they paid to investigate? Haven’t they the curiosity and the moral obligation of knowing the subject they write about? Aren’t they assigned with the mission of informing people on what is happening, instead of writing sensationalist, but lucrative misinformation? Apparently not, but everybody has known that for too long.

If they did, they should have explained to people that tifos are often a staging that has to be interpreted figuratively.

This tifo was probably provoking (and it was intended), it was perhaps shocking (depending for who), but since when is it forbidden to be provoking or shocking? It seems that shocking has become the privilege of some, but not ours.

This proves that we are not equals with freedom of expression, and it appears that when we exit mass thinking, we don’t benefit the same treatment and the same rights.

Anyway, this special Sunday finished perfectly for us, with the expulsion of Defour after a second yellow card, the first goal scored by Laurent Ciman for his last game with our colours (one of the only ones we still hold in esteem), and a final win with 2-0.

The end of the day was a little bit eventful, but that’s another story. 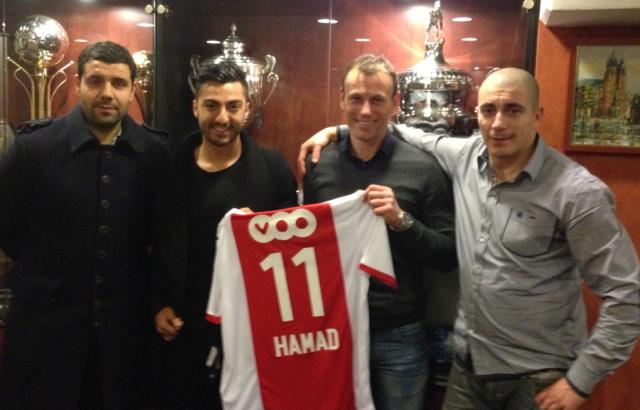